A developer, in search of awesome.

Powered by jekyll and rswhiting

Robert Whiting In search of awesome

With quantum computers come the promise of a golden age of computing where everything is solved and our wildest science fiction dreams spontaneously appear in our laps–for free.

Obviously that’s not an entirely accurate view of reality.

I’ve had an interest in quantum computing since I first heard about it, but it always seemed theoretical and unattainable in my lifetime. But here we are in 2018 with 16 qubit processors and emulators written in Python. It’s an exciting time to be alive.

Why is it exciting?

The sheer untapped potential of entanglement astounds me. Instantaneous communication over vast distances in spite of barriers or mediums is difficult to comprehend fully. With current tech we need more power to transmit further distances, we need more patience and systems in place depending on the amount of data and physical distance.

Right now, if you want to take your phone on a hike, you need to rely on pre-built towers or a satalite to keep in contact or call for help. All that infrastructure is unneeded if your phone can communicate instantaneously with a hub then to your house.

Mars is a daunting dream because when you’re that far out, it takes minutes between communications. If entangled particles transition faster than the speed of light, we could talk realtime with people on another planet.

Stuck with an internet service provider that has horrible service? What if you didn’t have to use the wires going to your house or have to worry about a storm degrading a wireless signal? What if you could get a module in the mail and hook it up to your house for a seamless internet provider from Singapore, Sydney, London, or Silicon Valley?

And we’re going to need people who understand this stuff to build it all.

Quantum states offer an entirely new set of logical building blocks to write programs. So far, we’ve done whatever we can to try and reproduce our current solutions faster using quantum computers, but the foundation is so different that we can do incredibly more with it.

My brain can’t even wrap itself around some of the concepts that appear to be basic pillars of quantum computing.

Currently, we use computing to calculate effect from cause, and trying to guess cause from effect is massively difficult and processor intensive. Apparently, that’s not the case with quantum computing. In quantum computing, cause and effect can go either direction with the same ease.

This is a computing system that isn’t bound by time in the same ways we understand them. We’re already really bad at understanding time, and now we have a system of computing beyond our own capabilities.

Now I’m going to keep reading and learning about the advancements in quantum computing and see if I can actually wrap my mind around some of these ideas. Maybe I’ll even write a program or two using this new form of logic that seems nearly unbounded.

It’s a new and exciting field, and I’m realy excited to have access to it so early in its development. 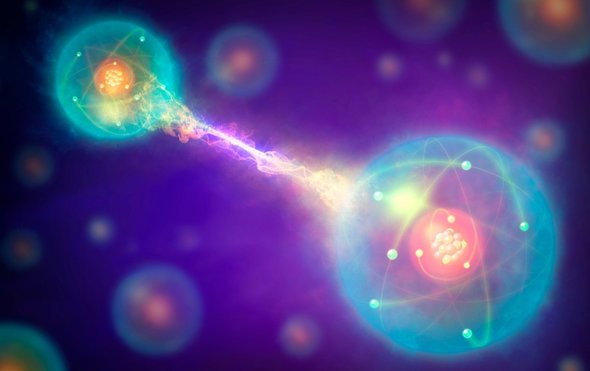